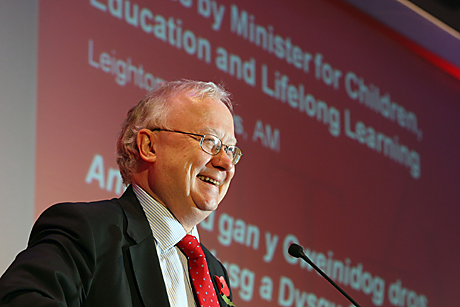 Wales’ Minister for children, education and lifelong learning Leighton Andrews has pledged to protect skills and schools in budget cuts planned by the Welsh Assembly Government.

The Minister, speaking at the National Training Federation Wales’ annual conference at The Vale Resort, also announced that the Assembly is committed to work based learning, which he considers to be central to the delivery of its Economic Renewal Programme.

The theme of the conference, which attracted work based learning providers from across Wales, was transforming skills delivery in Wales.

“We believe that skills are vital to sustain economic growth and a fairer society,” he said. “We have said that it’s our intention to do what we can to protect skills and schools and that has been reflected with the work that we have put into the budget.

“We need an education and training system that supports people to succeed and to be ready for the world of work. Work based learning is crucial to deliver our commitments.”

He praised the NTfW for its positive approach to the Assembly’s transformation agenda and the drive towards better collaboration between learning providers to remove duplication, improve efficiency and innovation and share best practice to meet the diverse needs of learners.

He also commended work based learning providers in Wales for achieving a 75 per cent apprenticeship framework completion rate, which was four per cent better than other parts of the UK.

“In tough times it’s important that we ensure that we get full value from the Welsh pound,” he added. “There are inefficiencies within the education system that stop money getting to the front line. Taking these inefficiencies out will take time but we will work through them systematically.”

He revealed that the Assembly was evaluating 48 tenders for training delivery from August 2011 and the results would be announced next February. 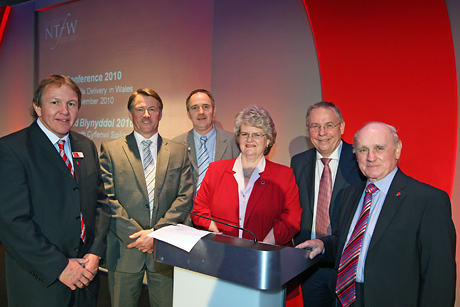 NTfW chairman Arwyn Watkins congratulated members for achieving the UK’s best apprenticeship framework completion rate and urged them to continue to strive for improvement so that work based learning gained parity of esteem within the education and training sector.

Janet Jones, Federation of Small Businesses Wales chair, called for an end to the perception that vocational qualifications are second best to academic ones and urged the Assembly to place more emphasis on giving young people the skills needed by employers.

“It’s a tragedy that, for many years, vocational qualifications have been seen as second-class,” she told the conference. “A tragedy both for young people who feel they must go down the academic route if they are to have happy and fulfilled lives; and for UK industry, particularly for small businesses that have missed out on vocationally-trained employees who might have made all the difference.

“Every business needs a mix of academic and vocational skills. That’s the message we need to get across if we are to persuade people from all backgrounds to consider vocational qualifications seriously.”

NTfW president Lord Ted Rowlands urged both the Assembly and members to focus on reaching out to the unskilled 16-19 year olds who are in employment but not engaged in any form of training. It was the NTfW’s mission to ensure that people achieved their goals in life.

He also urged the Assembly not to fall into the trap of believing that all public expenditure was bad. “It certainly is not and we should say that loud and clear,” he added. Public expenditure is a very good thing if it’s spent on skills.”

Other speakers included Philip Lay, retail director of S. A. Brain and Co Ltd, who spoke the theme “Training: a real cost or a serious investment”. He said companies across the country were having to weigh up whether training was a cost or an investment in the business.

He urged the Assembly to simplify the support available to hospitality businesses in Wales. The multi-faceted company had developed innovative partnerships with learning providers to deliver training in e-marketing, chef skills, product knowledge, sales and hospitality.

The conference ended with a thought-provoking address by Dr Geoff Hayward, director of research, associate director of SKOPE and reader in education at Oxford University Department of Education.

Asking the question ‘What is vocational education and training for?’, he challenged the outcomes of training programmes and said policymakers had not learned the lessons of the past.