An aspiring engineer who’s saving his employers a fortune in energy costs and a fledgling sports coach with eyes on international medal glory, are among an impressive line-up of finalists bidding for Wales’ top training award.
A total of six talented students and apprentices, whose skills have dazzled their bosses, tutors and peers in places as diverse as factories, salons, crèches, sports centres, butchers shops and dance studios, have been shortlisted to compete for the title Wales’ Vocational Qualification (VQ) Learner of the Year.

The coveted accolade will be awarded on June 20th as part of VQ Day, the annual celebration of achievement by those who have excelled in practical and job-related learning at Wales’ colleges, training centres and schools.
One college – Bridgend – has already claimed glory this year by having no fewer than three of its nominated learners selected for the final six. 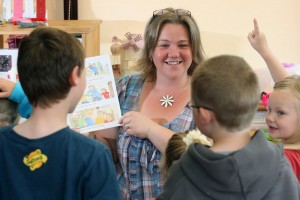 Also in the running are rising hair and beauty star, Charlotte Nicholls, 22, from Wrexham, trainee sports coach and high jumper, Sian Swanson,19, from Newtown, and butchery wizard, Tomos Hopkin, 18, from Pontardawe who’s already set up his own mobile meat business after gaining his qualification through Cambrian Training. 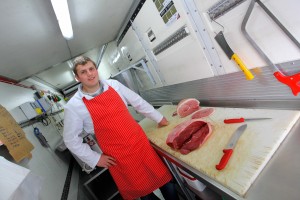 Their successes are pointing the way for the growing number of young people in Wales opting to pursue vocational learning as the path to their career.

The overall winner will be announced at a high-profile awards ceremony at the National Museum of Wales, Cardiff on VQ Day.

Regardless of the outcome, those on the shortlist are already making their mark in the world. Adam Taylor’s talent has secured him a £60,000 three-year scholarship to a top London dance school, while Scott Kihlberg has so impressed his bosses with his energy saving innovations at the prestigious manufacturer Dow Corning in Barry that they’re going to fund him through a degree course to become a fully-fledged engineer.

Sports-mad Sian Swanson, has already represented Wales in the high jump, and is eyeing a place at the 2014 Commonwealth Games in Glasgow and possibly the 2016 Olympics in Rio de Janeiro. She’s moved from Coleg Powys, where she did a BTEC Diploma in Sports Coaching, to Cardiff Metropolitan University for a sports degree course.

Meanwhile Charlotte Nicholls is aiming to make a name for herself in the salon world, after outstanding performances in her hair and beauty courses at Yale College, where she is now an assessor and trainee lecturer.

The VQ Day celebration, which will also include special events in Cardiff and Rhos on Sea for visitors to try out different vocational skills, is organised in Wales by ColegauCymru and the National Training Federation for Wales with the support of the Welsh Government and part financed by the European Social Fund. 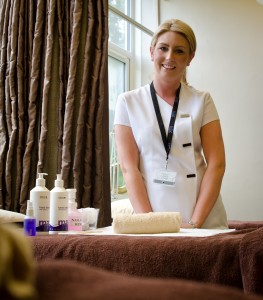 Deputy Minister for Skills Jeff Cuthbert wished all of the shortlisted students well in the final when the judging panel will look at their achievements, commitment and talent that sets them apart from their peers
He said: “Vocational qualifications often don’t enjoy the high-profile they deserve but they are immensely valuable in preparing people for successful careers in many different fields. The quality of this vocational learning, as demonstrated by these outstanding people, is a cornerstone of Wales’ future as a competitive economy. We are currently consulting on ways to ensure we keep vocational and other qualifications up to date so that they continue to meet the needs of employers and individuals in the years ahead.”