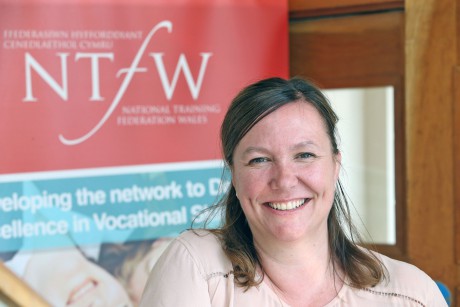 The organisation that represents work-based learning providers in Wales is calling on Prime Minister David Cameron to confirm that the UK Government will compensate for any loss of European funding currently invested in the country following the Brexit vote.

The National Training Federation for Wales (NTfW), which has more than 100 members with links to 35,000 employers across Wales, is calling on the UK Government and Westminster politicians to ensure the delivery of pre-referendum pledges that there will be no reduction in money spent in Wales.

The NTfW supports First Minister Carwyn Jones’ urgent call for clarity from the Prime Minister and has written to David Cameron to seek clarification.

Between 2014-‘20, the Welsh Government had planned to invest £245 million of EU funds to support people into work and raise skills through programmes such as apprenticeships, REACT, Bridges into Work, Working Skills for Adults and Upskilling @work.

In the same period, £95m of EU funds was scheduled to have been invested to support young people through programmes such as Jobs Growth Wales and Traineeships.

Interim chairperson Sarah John met Minister for Skills and Science Julie James on Wednesday for important talks with the aim of allaying employers’ fears about the future funding of work-based learning programmes. The sector has pledged to work closely with the Welsh Government on the transition as the UK moves towards leaving the European Union.

“We are extremely proud of the successful apprenticeship programme we have in Wales, which is outperforming the rest of the UK,” said Mrs John. “In this time of uncertainty following the referendum result, we are ready to play our role on continuing to upskill the Welsh workforce and to ensure apprenticeships continue to meet a wide range of employers’ identified business and skills needs.

“We share the Welsh Government’s disappointment with the referendum result and understand that the UK leaving the EU will have significant impact on the availability of funding for the delivery of its skills policy, supported by European funding.

“The referendum result is a challenging one for the future funding of work based learning and the NTfW pledges to work constructively with the Welsh Government in the months and years ahead.”

The NTfW is focused on ensuring the continued success of the Welsh Government’s flagship apprenticeship programme. The apprenticeship success rate in Wales is 84 per cent compared to 68.9 per cent in England.

An NTfW commissioned report, ‘The Value of Apprenticeship to Wales’, last year revealed that apprenticeships in Wales generate more than £1 billion annually for the country’s economy and represent excellent value for money for Welsh Government investment. There are more than 51,000 apprentices in Wales.