Welsh employers develop a taste for success with apprenticeship programme 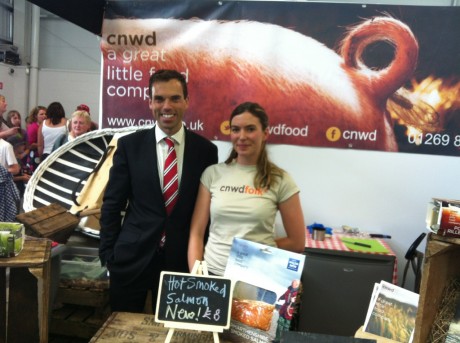 An independent report has found that more and more employers are discovering the benefits of the Welsh Government’s Young Recruits Programme (YRP).

In this difficult economic climate the programme is providing an essential route into sustained employment. Eighty six percent of the employers surveyed as part of the evaluation say they expect to employ their Young Recruit beyond their Apprenticeship.

The research, commissioned by the Welsh Government and carried out by BMG research, found that prior to taking part in the programme, six out of 10 employers (58 percent) had never had an Apprentice and a further 14 per cent had not had an Apprentice in the last 18 months.

Nine out of ten of the employers surveyed said they were more favourable to taking on a young person as a result of the programme.The YRP provides a wage subsidy for 12 months to employers offering high quality apprenticeships to young people aged 16-24.

The evaluation of the programme, which is published today, found that it had succeeded in its aim of creating 2,000 good quality apprenticeship places for young people.

The Deputy Minister for Skills and Technology, Ken Skates, will be at the Royal Welsh Show today to see how Cnwd, a gourmet food business in Carmarthenshire, has benefited from the programme.

Cnwd originally took on a number of staff for six months via the Welsh Government’s EU-backed Jobs Growth Wales scheme. Thanks to the YRP wage subsidy, the company has now been able to progress staff members onto Foundation Apprenticeships in Food and Drink.

The Deputy Minister said:
“It’s very encouraging to see that employers have such confidence in the Young Recruits Programme and are ready to employ their young recruits after their apprenticeships have come to an end.
“The YRP has been very successful in creating good quality apprenticeship, opportunities, supported by an attractive and accessible wage subsidy from the Welsh Government.

“I’m delighted to see that Cnwd have capitalised on the support they received from Jobs Growth Wales and were able to use the funding we provided to progress their staff members onto high-quality apprenticeships. This is a real investment in both the future of their staff and of their business.”

Managing Director and Head Chef at Cnwd, Scott Davis said:
“We’re a new company, and in order for us to hit our financial targets we need the labour and man power in order to do so. Without the support of those hired through the young recruits programme it just wouldn’t be viable.
“The young adults that we have taken on through the scheme have been focused, determined and driven to do well. It is a pleasure to coach and mentor them. “

Jasmin Giles said:
“I’m constantly learning through the Apprenticeship Young Recruits Programme. This managerial role has been a fantastic opportunity for me. I have always had a love for food so it’s great to be able to put this into practice by learning more about the art of cooking. At the same time, I’m developing my communication skills and developing really good working relationships.”

A copy of the evaluation of the Young Recruits Programme is available on the Welsh Government website:
http://wales.gov.uk/about/aboutresearch/social/latestresearch/?lang=en