Welsh youngsters ‘punching above their weight’ for WorldSkills São Paulo 2015

More than 10% of the UK team are Welsh

10 of Wales’ most talented apprentices and learners have been selected to join WorldSkills Squad UK and compete for a place in the team which will be representing the UK at WorldSkills São Paulo 2015.

WorldSkills is the largest international skills competition in the world. Held every two years, the competition sees around 1000 young people, aged 18-25, from all over the world come together to compete for medals in more than 40 different skills including Electrical Installation, Welding, Web Design, Cooking and Bricklaying. 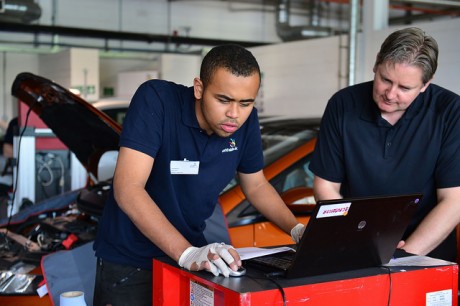 The 10 Welsh youngsters, all aged between 19 and 21 – from Abertridwr, Blaenau Ffestiniog, Cardiff, Carmarthenshire, Newport and Pembrokeshire – have been named among 98 members of Squad UK, who were selected following three days of intense competition held at four venues throughout the UK.

They were all invited to compete in the selection competitions after excelling at the WorldSkills UK National Competitions, the finals of which take place at The Skills Show.

The members of Squad UK will now spend the next 11 months training in their skill supported by their training provider, college, employer and a dedicated training manager. In May next year they will compete for a coveted placed in the team that will represent the UK at WorldSkills São Paulo 2015 which takes place from 11-16 August.

One of the successful competitors, Eleni Constantinou, 21 – a hairdresser from Abertridwr who came first in all six competitions she took part in – said she was thrilled to have been selected:
“I’ve loved taking part in these competitions. I’m really competitive and they push me to do my very best as I’m up against other hairdressers who all excel in their field and give you a really high standard of work to compete against. The competitions have been a real rollercoaster ride for me and I’m expecting the journey to have more ups and downs in the future, which will hopefully end in a trip to Brazil next year.” 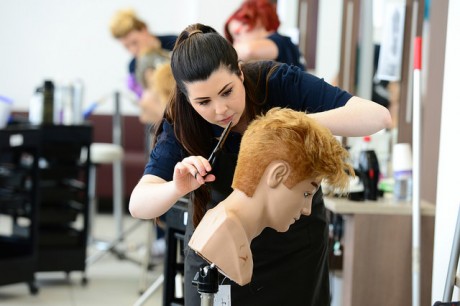 Deputy Minister for Skills and Technology Ken Skates said:
“I’m really pleased to see so many high quality Welsh apprentices represented at the WorldSkills competition. Wales can boast a wealth of exceptionally talented apprentices who have highly developed skills in a wide range of vocational areas.

“The ten Welsh competitors in Squad UK are all great ambassadors for Wales and I wish them and Squad UK all the very best for the competition. I hope this recognition inspires many more young people to consider an apprenticeship as a path to a successful career.”

Ross Maloney, Chief Executive, Find a Future, which manages the WorldSkills UK Skills Competitions and the UK’s entry into the WorldSkills Competition said:
“Skills competitions showcase the high levels of performance that can be achieved by individuals and organisations through high quality further education, skills training and Apprenticeships. Through skills competitions and the wider work of Find a Future we want to provide every young person with the chance to unlock their potential and get excited about the world of work.”

By participating in the WorldSkills Competition, the UK is able to share best practise in Apprenticeships and vocational teaching, raising standards on a global scale.
The training programme for Squad UK includes EuroSkills Lille 2014, Europe’s largest skills competition which takes place from 1 – 5 October, 2014 and The Skills Show which takes place from 13-15 November, 2014. Three Welsh competitors have been selected to represent the UK at EuroSkills 2014. 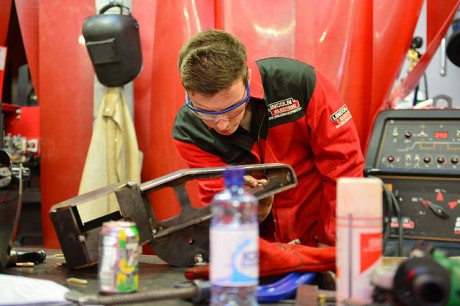 The 10 Welsh competitors selected to join Squad UK for WorldSkills São Paolo 2015 are: