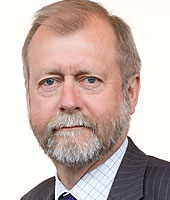 I have spoken before of the importance of raising the profile of vocational education and training, and ensuring they are held in the same esteem as their more traditional academic counterparts.

So it was very encouraging to attend WorldSkills 2011 in London last week.

WorldSkills London 2011, was the world’s largest international skills competition and the biggest skills event in the history of WorldSkills, with young people from across the globe competing to be the ‘best of the best’. During four days of competition, just under 1,000 competitors from over 50 countries took part in 46 skill areas.

The event also offered visitors impartial advice and guidance on careers and apprenticeships. Events like these are an opportunity to showcase the variety of training on offer and to inspire others to try learning a new skill.

I was also very encouraged to see the strong Welsh presence at the event.

Nine Welsh colleges and Cambrian Training were there to give skills demonstrations. The breadth of skills they had on show was a tribute to the depth and breadth of vocational qualifications people can gain in Wales, and the commitment of our learning provider network to deliver them.

In the competition itself David Bowen, from Llandysul, competed in web design for the UK team, and was awarded the highest score in this area for a Medallion of Excellence.

David, who is working towards a BTEC National Diploma in IT at Coleg Sir Gâr, was selected as part of the 43-strong UK team after taking part in a four day selection competition in June.

A collaborative approach was taken by the Welsh Government, Colleges in Wales and the National Training Federation to showcase Wales and Welsh talent.

The 200,000 visitors who attended the event, many of them young people, will not only have been inspired by the competitions, but also had the opportunity to visit a careers fair, exhibition areas and “have a go” at a new skill.

The greatest legacy I want to see from WorldSkills London 2011 is an increase in interest, esteem for and participation in vocational skills, from young people, from employers and wider society.
Each year tens of thousands of people across Wales follow a vocational training route to obtain qualifications and skills that can lead to a satisfying career, a better job or as a stepping-stone to further study.

Vocational qualifications have never been more important to the economy and the individual. They help us deliver the trained, talented employees that Welsh businesses need to thrive.

As the Deputy Minister for Skills I am determined to see that vocational qualifications be recognised alongside academic qualifications for their value to the individual and society.
In the current economic climate people of all ages face big challenges in the jobs market but, by equipping themselves with relevant skills, they will greatly improve their chances of forging the career they want.

The good news is that there are many different ways to change things for the better. Apart from enrolling in full or part-time courses, individuals can build their skills through volunteering or get a work placement that gives them valuable on-the-job experience as a stepping stone to employment.

Since becoming Deputy Minister for Skills I have met many inspiring people who have turned their lives around through learning new skills. And it is not always about getting a new job, learning a new skill can give people the confidence to make positive changes in different areas of their lives.
I hope all those who visited WorldSkills in London last week will go away with a sense of pride in vocational training and education and maybe be inspired to “have a go” at a new skill that could change their life.