A winning streak for Team Wales in UK Skills Olympics

59 Welsh competitors were awarded medals for their triumphs at the WorldSkills UK National Finals.

For the fourth year running, Team Wales has claimed the title as the top performing region in the WorldSkills UK National Finals, coming away with more medals than any other UK region. 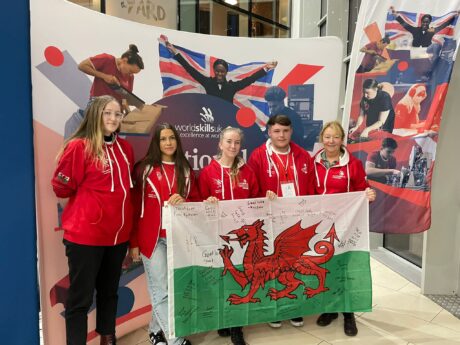 Apprentices at the WorldSkills UK finals

More than five thousand young people registered to take part in this year’s WorldSkills UK competitions, with only 537 selected to compete in the UK finals. Out of the 130 strong Welsh competitors, 15 gold, 22 silver, 15 bronze, and 7 highly commended medals were awarded to competitors from Wales.

The official results were announced during a live medal ceremony on a special edition of Steph McGovern’s Packed Lunch last Friday and came after a series of national competitions that took place across England, Scotland, Wales and Northern Ireland.

WorldSkills UK supports young people to take part in skills competitions, assessment, and benchmarking, with competitors from all four nations competing against one another to achieve national recognition in their chosen category.

Rosie Boddy (20), from Wrexham, is currently on an apprenticeship with Airbus UK. She won the gold medal in the Aircraft Maintenance category this year and is thrilled to be championing females in STEM fields. She said: 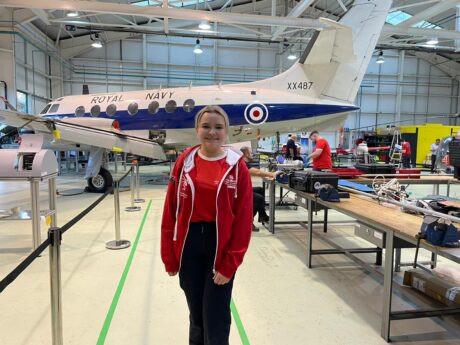 “I’m so proud to have won a gold medal at WorldSkills UK Finals. Having the opportunity to improve on my current skills and adopt new ones to help me progress my career has been amazing.

“Skills competitions have allowed me to experience areas of my industry that I don’t necessarily come across day-to-day. I’ve found new aspects within the industry that I now love. I’ll carry my WorldSkills experience with me as I continue my apprenticeship and throughout the rest of my working life.”

The competitions challenge competitors in four different sectors to be named the best in their skill, including Construction & Infrastructure, Engineering & Technology, Health, Hospitality and Lifestyle, and Digital, Business & Creative.

Cardiff & Vale College hosted a number of finals and was this year’s host venue for all of the Foundation Skills Competitions – group of competitions that are designed for students who have a statement of Special Educational Needs (SEN) and/or disabilities.

Economy Minister Vaughan Gething said: “I’m delighted to celebrate another outstanding year for Team Wales at the WorldSkills UK National Finals. Each year Wales raises the bar higher, standards increase, and competitors go above and beyond to proudly represent our country.

“The Welsh Government is committed to investing in our future generations and providing our young people with opportunities to develop world class skills. WorldSkills and the Inspiring Skills in Wales project are an important part of this. I wish this year’s competitors the best of luck as they use these skills to forge successful future careers in Wales.”

WorldSkills UK, Deputy CEO Ben Blackledge, said: “What a performance. Being crowned best in the UK is no mean feat, especially with all the disruptions and difficulties the competitors have had to overcome in recent years.

“Everyone who put themselves forward for the WorldSkills UK competitions this year is a real inspiration and should be proud of their efforts. Skills are the lifeblood of every economy, creating high quality jobs, rewarding careers, inward investment and growth.”

Partly funded by the Welsh Government and run by a dedicated network of colleges, work-based learning providers, universities, and employer-led organisations, WorldSkills UK aims to inspire and upskill future generations by developing young people’s vocational skills while celebrating their achievements.

Competitions begin at a regional level with Skills Competition Wales led by the Inspiring Skills Excellence in Wales project, and progress through to national and international competitions.

For more information on WorldSkills UK and how to start your journey as a competitor, tutor or employer in Wales, visit Inspiring Skills Excellence in Wales.