Directors of a Cardiff-based special effects company, who are more used to working behind the scenes on popular television series including Dr Who and Casualty, enjoyed their moment in the spotlight last night (Friday) at the prestigious Apprenticeship Awards Cymru. 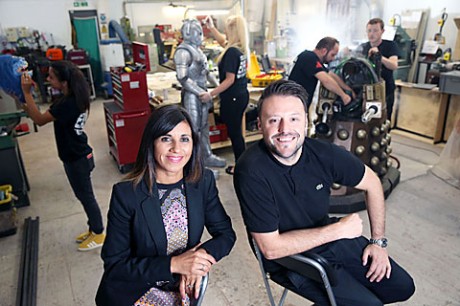 Carmela and Danny Hargreaves, from Real SFX, collected the Small Employer of the Year award at the ceremony, held at the Celtic Manor Resort, Newport, which brought together the cream of learners, employers and training providers across Wales.

Showcasing excellence in skills development in Wales, the awards were organised by the Welsh Government in partnership with the National Training Federation for Wales (NTfW) and sponsored by Pearson with support from media partner Media Wales.

Success in training young apprentices for the construction industry was rewarded when Carmarthenshire Construction Training Association Ltd (CCTAL) received the Medium Employer of the Year Award. 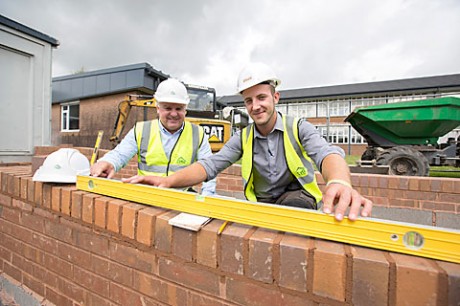 The Apprenticeship Provider of the Year award went to Cardiff’s Babcock Training which has more than 1,000 learners in Wales, while another capital based company, ACT Training, won the award for Provider Award for Social Responsiveness. 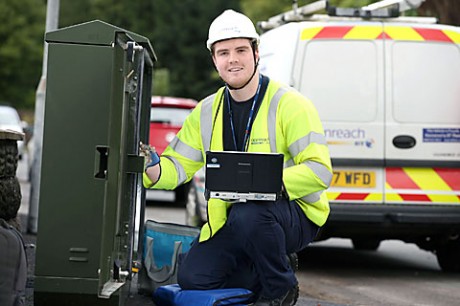 Helen Brickley, 24, Pontllanffraith, Blackwood, who got her break in the fashion industry thanks to Jobs Growth Wales, was named the programme’s Outstanding Achiever of the Year.

Deputy Minister for Skills and Technology, Julie James said: “These have been my first Apprenticeship Awards Cymru and I’ve been impressed by the standard of entries. I’m very pleased to see so many employers supporting apprenticeship schemes and the enthusiasm and aspiration of young people on these programmes is infectious.

“Developing skilled young people is vital for our economy. The Welsh Government is committed to training schemes such as apprenticeships but they are a shared responsibility between the education sector, businesses, individuals as well as government.

“We are proud to be delivering one of the most successful apprenticeship programmes in Europe, particularly in providing opportunity for younger entrants. Today more than eight out of ten people complete their apprenticeship.

“We offer a wide range of skills training across Wales and the awards are an opportunity to celebrate the success of this work.”

Arwyn Watkins, NTfW chief executive, said: “These awards showcase and celebrate the outstanding achievements of those who have exceeded expectations, shown a dynamic approach to learning and demonstrated initiative, enterprise, innovation, creativity and commitment to improve their skills to support the Welsh economy.”

« On the eve of the National Training Federation for Wales’ annual conference at the Celtic Manor Resort tomorrow (October 31), chief executive Arwyn Watkins speaks about issues dominating the thoughts of work-based learning providers.   —   Welsh employers to be asked to co-invest in apprenticeships »