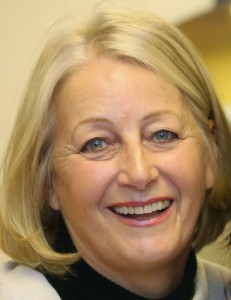 The dynamic chair of the largest independent hair and beauty training provider in Wales has been awarded an MBE for her services to the hairdressing industry in the New Year’s Honours list.

Shirley Davis-Fox co-founded Bridgend-based ISA Training in 1998 and the company now employs more than 60 staff, who deliver training to around 800 apprentices in 500 businesses across Wales and the borders. She is also a board member of the National Training Federation for Wales.

The award recognises her tireless campaigning to promote the professionalism of the hairdressing industry, driving up standards, offering outstanding opportunities to ISA Training’s apprentices and gathering respect and recognition for the vibrant hair sector and all who are qualified and practice within it.

“I feel so honoured to receive this recognition just for doing my job,” she said. “Anita Roddick said that to succeed you have to believe in something with such a passion that it becomes reality. I passionately believe in the hair sector and the professionalism of hairdressing.”

Mrs Davis-Fox has been a member of the Hair Council since 2011 and was recently appointed its political lobbyist following her successful campaigning work in Wales for the state registration of all qualified hairdressers and barbers.

MPs are due to discuss state registration in the House of Commons on January 7 in an adjournment debate secured by Llanelli MP Nia Griffith.

Mrs Davis-Fox believes 2015 will be an exciting year for the hair sector. “Being a member of the Hair Council has allowed me to take my passion for training and standards in the hair sector to the next level and to become politically involved,” she added.

Among her achievements at ISA Training has been establishing Salon Cymru, a dynamic annual event for talented young hairdressers and beauty therapists. This year’s event, which will include a masterclass by celebrity hairdresser Patrick Cameron, is being held at the Swalec Stadium, Cardiff on April 26.

Mrs Davis-Fox has also created international exchange opportunities within Europe for the company’s apprentices to broaden their learning experience.

In 2013, ISA Training was named Training Provider of the Year in the Apprenticeship Awards Cymru and also won the Bridgend Business Service of the Year award.

« OBE for David Jones, Coleg Cambria   —   Vocational Training Top of the Agenda for Welsh Government as the VQ Awards open for entry »