Engineering the future of qualifications in Wales 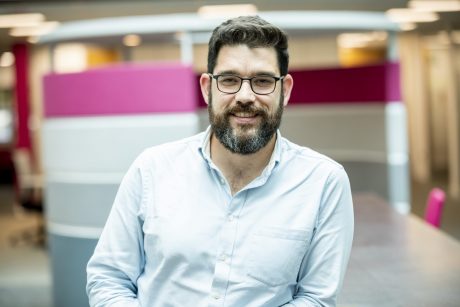 Young people in Wales thinking of a career in engineering may in future have an opportunity to study the subject for a new GCSE.

Engineering and manufacturing play an important part in the Welsh economy, employing more than 165,000 people from those working in small workshops to hi-tech companies such as Airbus, Tata Steel and Aston Martin.

A new engineering and manufacturing GCSE could support the new curriculum planned by Welsh Government for 2022, by helping to develop ambitious, enterprising and creative learners.

Qualifications Wales is proposing a new GCSE in engineering and manufacturing as part of a new science and technology suite of qualifications made specifically for young people in Wales.

In its Qualified for the future consultation, Qualifications Wales is asking for views on the proposed new qualification. For example, the new GCSE is likely to replace some of the qualifications that learners currently take in subjects related to engineering and manufacturing.

It’s one of several proposals contained in the consultation which seeks to map out the future of qualifications in Wales.

The proposal follows an in-depth review of the advanced manufacturing, engineering and energy sector carried out by Qualifications Wales last year.

The review identified the need for greater awareness among young people of engineering and apprenticeships, particularly in schools, and to encourage more women and girls to follow engineering-related courses.

This new qualification would introduce learners to many diverse and rich opportunities to study the world of engineering. It’s suggested that the content will have a strong focus on assessing practical skills and applying knowledge to real-life scenarios, as well as theoretical content.

As the independent regulator, our role is to consider the qualifications that will be needed in the future, particularly on how the Welsh Government’s new curriculum for Wales will be assessed from 2027.

From 2022, there will be a new curriculum based on six broad areas of learning:

The draft Curriculum Bill is making its way through the Senedd, and we want to continue the important debate about its impact on qualifications.

Our Qualified for the future consultation contains many proposals covering all the broad areas of learning, some suggesting smaller changes to qualifications while others are larger in scale.

As well as a new GCSE in engineering and manufacturing we’re also proposing a new GCSE film studies qualification.

Wales continues to see growth in TV and film production in recent years through the established broadcast channels and independent producers. The proposed qualification would support progression to a range of subjects and career pathways within the expressive arts and wider creative industries.

It’s therefore important we hear from as many people as possible about these and other proposals, to make sure that learners in Wales can choose from the right mix of qualifications.

It’s an exceptionally busy and challenging time for everyone as we continue to deal with the pandemic. But we’re carrying out this consultation now so that everyone has an opportunity to have their say on these important decisions and to make sure that everyone has enough time to prepare for any changes.

We’ve tried to make it as easy and quick as possible for people to tell us what matters most to them. That’s why alongside the main consultation document on our website we’ve also produced a youth friendly version explaining the proposals in simpler terms.

The consultation is open until 9 April, and all the information is available on the Qualifications Wales website.