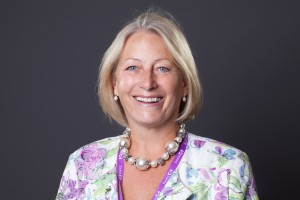 A newly elected member of the Hairdressing Council is planning a campaign tour of Wales, starting in January, to encourage qualified hairdressers to become state registered.

Hairdressers across the UK do not currently need to be qualified to set up a salon. Now Shirley Davis-Fox, WorldSkills Ambassador for hairdressing in Wales, plans to press the Welsh Government to lead the way by making state registration of qualified hairdressers compulsory.

She describes state registration as a crucial step on the road to gaining universal recognition and respect for the profession.

A Pan Wales Hair and Beauty Steering Committee, which she chairs, is supporting state registrations, as are Further Education Institutions in Wales.

Out of 18 members, she is proud to be the only Welsh representative of the Hairdressing Council and aims to use her position to raise the profile and status of the industry.

She is managing director of Bridgend-based ISA Training, the largest hairdressing training company in Wales, which pays for the first year’s state registration of all learners who complete their level three apprenticeships.

Now she hopes further education colleges will follow the example and help achieve the target of getting 75 per cent of level three apprentices in Wales state registered by 2013.

“We encourage all our learners to understand and accept the importance of state registration as a way of showing that they are proud to belong to a respected profession,” said Mrs Davis-Fox.

“State registration is the only way we are going to get recognition and respect for the profession from the public and politicians. I have a mission to do whatever I can to change the perception of this vibrant and professional industry.”

Mrs Davis-Fox said comments made by some MPs during the debate revealed that they did not perceive hairdressing as a serious profession.

However, she emphasised that hairdressing contributes £5 billion a year to the UK economy, employs 245,000 people and there are 34,000 salons and 38.8 million consumers.

“Hairdressers are expected to use potentially dangerous chemicals to achieve a desired look, yet the industry remains completely unregulated,” she added. ”Most consumers believe hairdressers must be qualified before they can practise on the public and are shocked when they find this is not the case.

“Hairdressers should be brought into line with other professions, which have a register of qualified practitioners. Consumers would then be assured that the person doing their hair has been trained to a required standard and it would bring hairdressing in line with other countries worldwide, which already have regulations.”