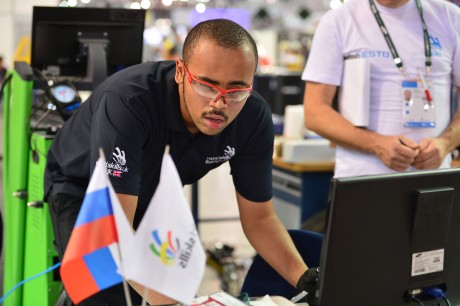 Three talented Welsh apprentices have returned from the WorldSkills competition final in Brazil with honours after representing Team UK.

Elijah Sumner, an automobile technician from Cardiff Bay, Owain Jones, a carpenter from Blaenau Ffestiniog and Eleni Constantinou, a hairdresser from Caerphilly, were each awarded a Medallion for Excellence following five days of intense competition in São Paulo against almost 1,000 of the world’s most skilled young people.

All three were recognised for his world-class skills, each scoring more than 500 points to exceed the international standard.

WorldSkills, the world’s largest skills competition, is held biennially around the globe to celebrate skills and share best practice between industries and countries. Competitions ranged from web design and aircraft maintenance to hairdressing and visual merchandising.

Elijah, 20, who works for Halfords, competed against 39 automobile technicians. “I felt that being selected for Team UK was an amazing achievement in itself, but I’m really pleased to have come home with a Medallion for Excellence and to be recognised for my skills in this way,” he said. “Not a lot of people can put something like this on their CV!” 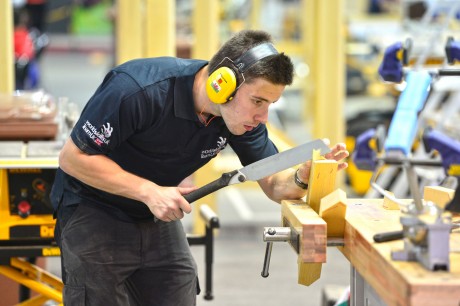 Self-employed Owain, 21, who was up against 19 carpenters. “I’m so proud of my performance and the experience of the competition is something I’ll never forget.”

Eleni, 21, who works for her family run salon Tino Constantinou Hairdressing, competed against 31 hair stylists. We’ve all learnt so much during the process – knowledge and new skills that we can take with us as we progress in our careers,” she said. 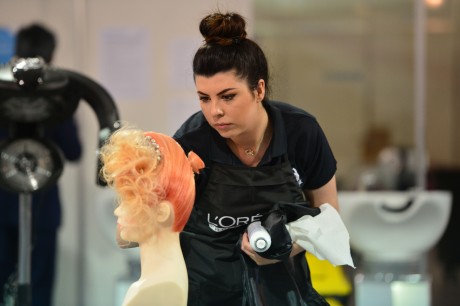 Team UK won three gold, four silver and two bronze medals as well as 23 medallions of excellence. The medal haul secured the UK seventh place in the WorldSkills rankings, up from 10th following the last biennial WorldSkills competition, held in Leipzig in 2013.

Wales’ Deputy Minister for Skills and Technology, Julie James, said: “What a fantastic achievement! We’re so proud of the Welsh competitors. It’s clear that a lot of hard work and determination has gone into perfecting their skills and the fact they were able to showcase their ability in such a pressured competition environment confirms their outstanding talent.

“Many of the competitors started learning their trade in colleges across Wales and to be recognised globally as the best in your field shows the calibre of skilled learners, apprentices and training providers we have here our country.”

Selection for the next Team UK, to compete at WorldSkills Abu Dhabi in 2017, will start at The Skills Show 2015, which will take place at the NEC Birmingham from November 19 to 21. Visit www.findafuture.org.uk for more information and to book a free ticket to the event.