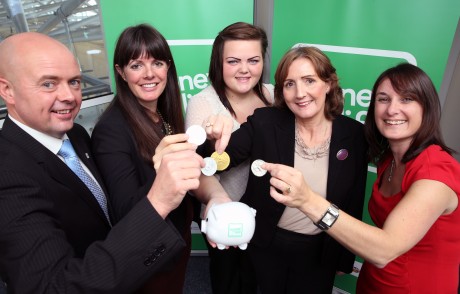 The positive impact that people across Wales involved in Lloyds Bank’s award-winning Money for Life programme are making in their communities was celebrated at an event in Cardiff.

Money for Life is a personal money management programme, aimed at improving the knowledge, confidence and skills of communities around the UK to help people to manage their money better.

Local communities in Wales have participated in the programme in various ways, such as completing fully-funded training qualifications and taking part in the Money for Life Challenge for 16 to 24 year olds.

Since the programme started in 2010, more than 2,400 people have been trained to teach personal money management to communities while engaging over 600 organisations across the UK.

ColegauCymru/CollegesWales and the National Training Federation for Wales (NTfW), who deliver the programme in Wales, hosted the event at the SWALEC Stadium, Cardiff to bring together people who have made Money for Life such a success and to introduce the programme to more community groups and learning providers.

Speakers included Wales’ Shadow Local Government Minister, Janet Finch-Saunders, AM for Aberconwy, who praised the positive impact the programme was having on communities and individuals across Wales.

“Following the global financial crisis, we have all been feeling the pinch of the tight fiscal situation that has resulted,” she said. “This has given rise to increases in personal debt and the growth in payday lenders.”

She expressed concern that over 90,000 people in Wales had used the services of payday lenders and she was keen to promote financial management programmes, such as Money for Life, to stop people getting into a vicious cycle of debt.

She pledged to speak about the Money for Life programme in the Senedd, as a Financial Literacy Private Member’s Bill, proposed by Plaid Cymru AM Bethan Jenkins, works its way through the National Assembly for Wales.

“It’s vital that we ensure that young people are given the skills to make the right decisions with their finances during their transition from learning to earning,” she added. “The Money for Life programme is designed to provide them with the skills they need to successfully manage their finances and support their wider community to do so.”

Allan Griffiths, Lloyds Banking Group’s Ambassador for Wales, said: “The aim of the Money for Life Programme is to embed money skills in communities across the country to help them prosper. We decided the time was right to mark the amazing impact the programme has had across Wales.

“Through the Money for Life Challenge, we have awarded more than 350 grants of £500 to teams of young people to develop innovative projects that make a lasting impact on improving their own money management skills, as well as their friends and families.

“It is important to take a moment to reflect on the positive influence that the Money for Life Programme has made and I’m excited to see the impact it will continue to make around the country.”

He presented awards to five individuals and organisations that have made an outstanding contribution to the success of the programme in Wales. For the Money for Life qualifications, Sian McDonald form Newport City Homes, was awarded the individual engagement award and Hayley Rees and Ros Protheroe from ACT Training, Cardiff received the organisation engagement award.

Groups aged between 16 and 24 years who wish to enter this year’s Money for Life Challenge were encouraged to send in their applications before the November 22 deadline.