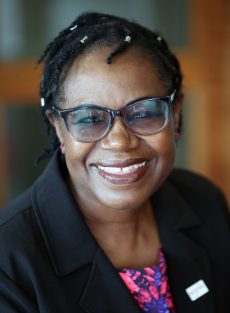 A federation of more than 70 quality assured work-based learning providers, with links to thousands of employers across Wales, has welcomed the Welsh Government’s Anti-Racist Wales Action Plan.

Members of the National Training Federation for Wales (NTfW) will be focused on achieving a goal set out in the plan to increase the number of people from ethnic minority backgrounds starting and completing apprenticeships.

Published on Tuesday July 7, 2022 the plan draws on Black, Asian and Minority Ethnic communities’ experiences of racism, and race inequality. It sets out a series of actions to make a real difference to the lives of people as the Welsh Government tackles systemic and institutional racism.

The actions are focused on the next two years, set against the vision of a Wales which is anti-racist in 2030.

Goals and actions in the plan cover policy areas across government, including health, culture, homes and places, employability and skills, education as well as a focus on leadership and representation within the Welsh Government and across public services.

Although no actual target is set for training providers to achieve, the Welsh Government wants to see evidence that more people from ethnic minority backgrounds have started an apprenticeship by December 2022 and that the increase is maintained in the future.

Lead contract holders will be asked to highlight and share good practice and areas for improvement through an Equality, Diversity and Inclusion Monitoring Group that has been formed by the NTfW.

Humie Webbe, Apprenticeships Strategic Equality and Diversity Lead for the NTfW, will continue to work closely with the apprenticeship providers to ensure that the goal is achieved.

Having seen training providers achieve a previous Welsh Government target of increasing the number of disabled people accessing apprenticeships, she is confident they will rise to the challenge.

Lifelong Learning Wales Record (LLWR) data shows that between 2016 and this year, the percentage of disabled apprentices in Wales has risen from 1.2% to 9.4%.

“I think it’s a very good document which strengthens and amplifies the voices of people who have experienced racism,” said Humie. “Training providers will need to move from being non-racist to being anti-racist and to be more proactive in the way they work with communities.

“I view this action plan as a gateway for self-reflection and it’s an opportunity for all organisations to do better. Everybody who is in receipt of Welsh Government funding will have to report the actions they are taking to achieve set goals and demonstrate their anti-racist efforts.

“The onus is now on lead contract holders for apprenticeships to be more proactive about how they engage with and encourage people from minority ethnic backgrounds to participate in the apprenticeship programme. They will be responsible for monitoring what they do, how they do it and measuring the impact.

“They have been armed with a suite of actions to help them engage with communities to produce positive outcomes for ethnic minority learners. My job is to enable them to do more and this plan will definitely support my work.”

Humie is involving training providers in a series of events and campaigns which aim to provide access to apprenticeships for ethnic minority communities. One such event is being organised with the Romani Cultural & Arts Company and held at Maindee Primary School, Newport on June 29 for people from the Gypsy Roma and Traveller communities.

She is also encouraging training providers to make the Zero Racism Wales pledge and to support the Refugee Week 2022 from June 20-26 by doing one or more of eight Simple Acts, inspired by the theme Healing – refugeeweek.org.uk/simple-acts.