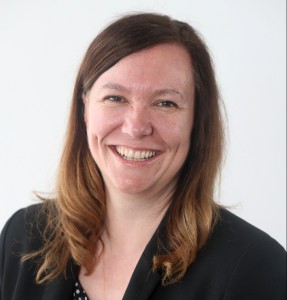 Apprenticeships Recruitment and workforce upskilling will be the focus of a national conference in Cardiff later this month which brings together employers and learning providers from across Wales.

Following the introduction of the apprenticeship levy, employers in Wales have never been so interested in engaging with the Apprenticeship Programme.

The National Training Federation for Wales (NTfW), which represents more than 100 organisations involved in the delivery of work-based learning, is hoping to attract a cross section of employers to its annual conference at Cardiff City Football Stadium on June 29.

Themed ‘Apprenticeships in Wales – The foundation of a future economy’, the conference mission is to encourage employers and learning providers to work together for the benefit of employees, businesses and the wider Welsh economy. The event is designed to appeal to both employers who already employ apprentices and those seeking to recruit.

Conference speakers will include Julie James, Wales’ Minister for Skills and Science, Sandra Sexton, BT Group’s senior Apprenticeship Programme manager for Wales and UK, who will speak about the impacts of the apprenticeship levy and Sarah John, NTfW chair.

Huw Morris, Director of Skills, Higher Education and Lifelong Learning at the Welsh Government, will speak about economic development in Wales and Edwyn Williams, head of the Welsh Government’s Employment Devolution Programme, will focus on the All-age Employability Plan.

The conference, sponsored by Pearson, will also include a series of workshops covering apprenticeship policy in Wales, the Tertiary Education Authority, developing a professional workforce, Welsh medium and bilingual learning, understanding the Prevent duty for counter terrorism, developing a quality Apprenticeship Programme, influencing the qualifications system, the new Estyn inspection framework, understanding the needs of learners and a vision for digital learning to unleash potential.

“In a year when the UK has signalled its formal intention to leave the European Union, the challenges facing the Welsh economy have never been greater,” said Sarah John, NTfW chair. “Although much of the discussion in 2017 has been about leaving Europe, there has been a similar amount of discussion about something returning – apprenticeships.

“Following the introduction of the apprenticeship levy, employers in Wales have never been so interested in engaging with the Apprenticeship Programme. Both things have happened at a time when work-based learning in Wales has reached a significant milestone in its development, most notably the professionalisation of the workforce.”

From April 1, work-based learning practitioners are now recognised as professional educators through their registration with the Education Workforce Council.

The Welsh Government has pledged to deliver a minimum of 100,000 quality apprenticeships to people of all ages during its current term of office. The apprenticeships specifically focus on the needs of industry, particularly science, technology, engineering and mathematics, sectors where there are skills shortages.

Investment is also being increased to drive growth in key sectors including creative industries, information and communication technology, construction, logistics and financial and environmental services. Welsh language and bilingual apprenticeships are also supported.

Employers and learning providers can book their places at the conference online at https://www.ntfw.org/ntfw-conference