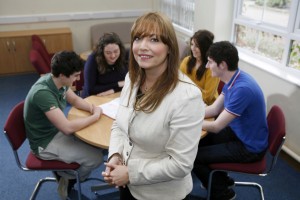 Flintshire County Council has reached the finals of the prestigious Vocational Qualifications Awards 2013 after developing vocational qualification (VQ) training that has helped its effectiveness.

The council’s commitment to the development of staff vocational qualifications has helped it reach the finals of the EU-backed VQ Employer of the Year, which take places on June 5 – VQ Day – at a ceremony to be held at Coleg Morgannwg, Nantgarw, South Wales.

Flintshire County Council will be up against Nantgarw business services provider Capita and Betsi Cadwaladr University Health Board in the VQ Employer of the Year section of the VQ Awards 2013.

The council has developed and enhanced its vocational qualifications training and development programme. This is leading to managers working and acting more efficiently, resulting in greater efficiencies at a time when public sector budgets are much tighter, according to the council.

“The VQ approach has been endorsed and implemented from the top down, with the council’s chief executive and corporate management team playing a fundamental role in its development and delivery,” said Heather Johnson, the council’s Learning and Development Manager.

“This has included a member of the senior team acting as champion and internal expert for each area of learning.”

The council has had a strong relationship with Deeside College, which has delivered an apprenticeship programme tailored to its needs. Three years ago, the council extended the partnership to deliver a programme developing managers to ensure organisational targets were met.

“Our emphasis on vocational qualifications is reaping benefits for the council, the staff and as a result the citizens of Flintshire” added Mrs Johnson.

VQ Day is designed to celebrate vocational skills and the success they bring, raise standards throughout Wales and identify and publicise exemplars. In addition, the awards highlight that vocational skills improve the performance of individuals and organisations and equip Wales with a world class workforce.

Vocational qualifications have never been more important to the economy and the individual, as they deliver the trained, talented employees businesses are crying out for and ensure young people have the skills needed to succeed in education and work.

Wales’ Deputy Minister for Skills and Technology, Jeff Cuthbert said: “It’s important that vocational qualifications become, and remain, first choice options for our brightest and best learners and that their worth is fully recognised. VQ Day plays a key role in securing that objective.