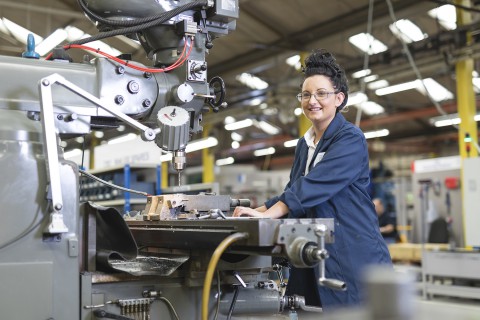 More collaboration is needed between stakeholders delivering apprenticeships in Wales to ensure lessons from an Estyn report are acted upon, according to the National Training Federation for Wales (NTfW).

Estyn has recognised that Higher Apprenticeships in Wales are developing, both in terms of employer and learner take-up, as well as overall success rates (which have grown 10% to 77% in the last three years).

“In effect, this means that over three-quarters of individuals starting a Higher Apprenticeship in Wales actually complete it,” said Jeff Protheroe, Director of Operations at NTfW.

In the five years since 2012, there has been a 350% rise in the number of individuals undertaking a Higher Apprenticeship, which now account for nearly one-quarter of all apprenticeship starts. With the clearly defined need for a higher-skilled workforce, this is clearly good news for Welsh employers and the economy.

“It is pleasing to see that Estyn have identified that almost all learners gain valuable new skills in the workplace, and that many (70% or more) learners state that the apprenticeship programme was beneficial and helped them with promotion opportunities in the workplace,” added Jeff Protheroe

“It is good to know that nearly all, with very few exceptions, of employers value the opportunity to participate in the higher apprenticeship programme. These are the important things that cannot be forgotten when reading the report.

“The NTfW recognises that there is still a great deal of work that needs to be undertaken by all involved in the delivery of higher-level apprenticeships in Wales, and as such, the NTfW and its members are working in collaboration with a whole host of stakeholders, including the Welsh Government, to develop the apprenticeships provision, so that it become truly world-class.”

Most of the issues identified in the review are not unknown to the NTfW and its members, and as a result, all are developing their provision accordingly. Further, with the recent establishment of the Wales Apprenticeships Advisory Board (WAAB), which is currently chaired by the director of CBI Cymru, employers in Wales have a real opportunity to influence the apprenticeships system and current provision.

Jeff Protheroe said: “As with any form of developing education and training system, resources, specifically time and the right levels of funding, are needed to ensure that it can deliver its aims with efficacy.

“It is with this in mind that the NTfW has sought further collaboration with the Welsh Government and others, in order that the valuable lessons from this review are not lost, and that we can work together to deliver a higher-level apprenticeship programme that we can all, in Wales, be proud of.”