News from the Regions

Dates for your diary

Check dates for the latest events 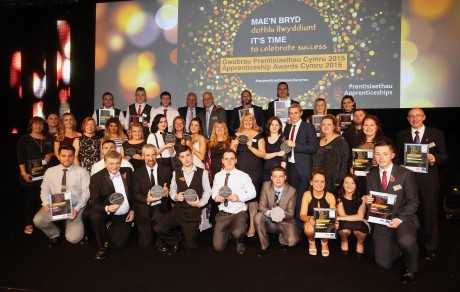 Winners and Finalists of the Apprenticeship Awards Cymru 2015

A Cardiff training provider and a North Wales waste and recycling centre both celebrated double success at the prestigious Apprenticeship Awards Cymru 2015 ceremony.

The high profile awards ceremony, held at the Celtic Manor Resort, Newport, showcased excellence in skills development by learners, employers and learning providers. The ceremony was attended by 470 guests, including 37 finalists in a dozen categories. Read more … 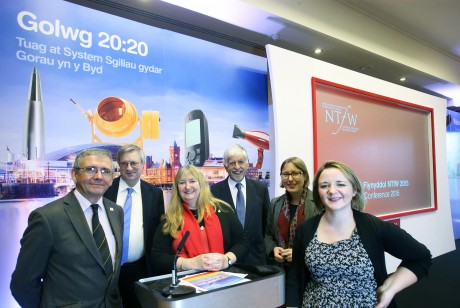 Deputy Minister for Skills and Technology Julie James told members of the National Training Federation for Wales’ (NTfW), at the Celtic Manor Resort, Newport, that the plans would only become reality with “responsible and committed action” from all work-based learning stakeholders.

Her wide ranging speech came against a background of the UK Government’s plan to introduce an apprenticeship levy on large employers. Read more … 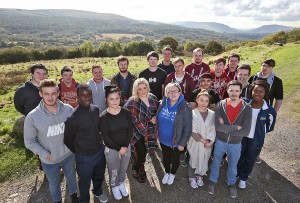 Finalists taking part in a Coaching and Mentoring event that was held in October 2015.

Seventy eight finalists from Wales have been invited to attend The Skills Show to compete in their sector. The majority of these have progressed through local and regional skills competitions and are taking part in WorldSkills UK finals at the event.

The Skills Show is the nation’s largest skills and careers event covering the space of seven football pitches and is helping to shape the future of a new generation. The show provides hands-on experiences that inspire young people to explore further education, skills and apprenticeships. Just as we celebrate our athletes, so we champion our skills and inspire young people to make their own mark on industries ranging from engineering to web design.

High level skills are vital to the success of the Welsh economy and are a key part of the Welsh Government’s strategy to help businesses to grow, develop and compete profitably. The Skills Show is an opportunity for Wales to demonstrate our support for the UK skills agenda and to be seen at the heart of further education, skills and apprenticeships within this high-profile showcase.

The Skills Show takes place on 19 – 21 November at the NEC in Birmingham, follow the link to find out more information and to book your free place The Skills Show 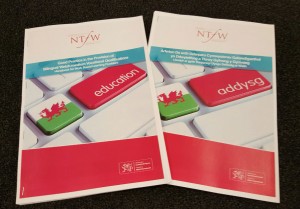 The ‘Good Practice in the Provision of Bilingual Welsh-medium Vocational Qualifications’ handbook for WBL providers was launched at the NTfW Annual Conference at the Celtic Manor on 29 October 2015.

The document is a useful guide to WBL providers in Wales on how to implement practices which will increase their bilingual provision. The document demonstrates good practice from across Wales under the headings of: Learner Involvement; Staff Engagement; Employer Engagement; Organisational Good Practice; and Consortium Level Good Practice. The handbook also includes case studies and useful resources. Bilingual Good Practice Guide

The events listed below are celebrations and awareness days; each of the events includes details of websites and support materials to help plan activities for learners.

16-20 November 2015 Anti-Bullying Week
Anti bullying Week 2015 is being held between the 16th and 20th November with the theme “make a noise about bullying” organised by Anti-Bullying Alliance. Follow the events on social media using #antibullyingweek. 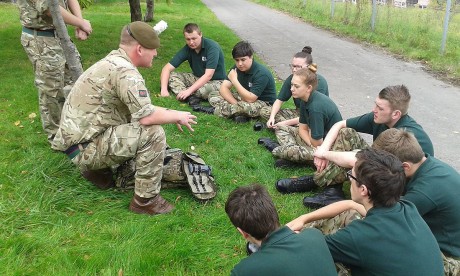 Young people who are interested in joining the Armed Forces have enrolled on the new Military Awareness Course held at Kinmel Camp in Bodelwyddan, North Wales.

This is one element of the new Traineeship Engagement provision offered by North Wales Training where young people have an opportunity to find if this is the right career choice for them. They are issued a uniform free of charge, which they have to look after and take part in various activities designed to overcome any barriers they may have that might hinder their being accepted into their chosen career.

Most barriers include, physical fitness, confidence and teamwork skills, these are addressed through practical activities that take into account their individual needs.

A normal day will involve a parade where they are inspected to check they have cleaned and ironed their uniform, then it could be session on teamwork using various command tasks, barrels and planks everywhere! After lunch it will be looking at the various career options in the forces, it could be a driver, plumber, electrician, medic, with over 200 different roles in the British Army alone, it’s making sure they make the right choice for their future.
Then the learners quickly get changed into the shorts, T-Shirt and trainers for a physical training session.

Learners are assessed at the beginning and a fitness plan put in place to get them ready for the selection tests.
In addition to the military preparation training, learners take part in community projects and fund raising events. The learn self-discipline, interview skills, presentation skills and are introduced into the art of leadership.

Working closely with the Armed Forces Careers Office, North Wales Training supports the learner all the way and if they decide that it’s not the career for them, they are then offered a place on our Aspire programme to find them a suitable civilian career or place in further education and they take with them these new skills and experiences they gained during the course into their new chosen career. 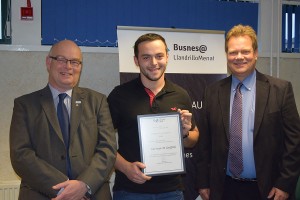 An apprenticeship employment agency continues to prove that on the job experience combined with formal training is the way to go for young people who want to secure entry specialised industries.

Cwmni Prentis Menai, the apprenticeship employment agency set up by Coleg Menai in 2010 continues to prove that high quality jobs are available if you have the right skills.

Seven former apprentices have returned to the college to meet the Cwmni Prentis Menai board of directors and accept their certificates having successfully completed their apprenticeship training.

Iwan Torr, James Ross, Carwyn Griffith, Nicolas Jones, Rhys Hughes, Osian Jones, Dafydd Owen and Jason Butcher have all gone on to gain employment in the engineering sector with companies such as Babcock International, the NHS, Snowdon Mountain Railway and Wylfa since completing their apprenticeships.

Dafydd Evans, Principal of Coleg Llandrillo and Director of Cwmni Prentis Menai commented, “Being here is a fantastic experience for me. Here we have seven local lads, all of whom have good jobs and excellent prospects, and for me this is what Cwmni Prentis Menai is all about – making sure that local young people have the skills and the training needed to take advantage of skilled job opportunities.” Read more … 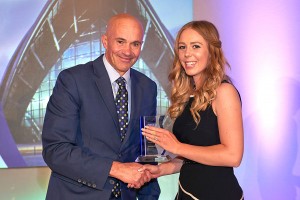 Welsh apprentices and construction firms are celebrating after scooping awards at the Construction Industry Training Board (CITB) Managing Agency Apprentice Awards, which was held at the Plaisterers Hall in central London.

The Wales Apprentice of the year award went to Ronia Griffiths, a trainee Civil Engineer, from Alun Griffiths Ltd based in Abergavenny.

After receiving her award, Ronia said: ““I’m honoured to receive this award. Being nominated was great, but to win feels fantastic! My apprenticeship has taught me so much and given me a real confidence boost. The opportunity to train while earning a wage makes learning a set of skills a reality and I’d encourage anyone thinking about starting an apprenticeship to give it a go. I would like to thank everyone at CITB and at Alun Griffiths Ltd for all they have done for me.”

Mark Bodger, Strategic Partnerships Director at CITB Cymru Wales, said: “Congratulations to all the Welsh winners. The varied organisations honoured shows the diversity we have in the Welsh Construction industry – from family run businesses to leading house builders. It’s fantastic to see every part of the industry being recognised and rewarded.”

“A big congratulations to Ronia Grifffiths for winning the Wales Apprentice of the year award. Ronia is a fantastic role model and I wish her continued success in the construction industry.”

The CITB Managing Agency Apprentice Awards celebrate the achievements of CITB apprentices, and the employers supporting CITB in providing them. The awards were presented by CITB Chief Executive Adrian Belton. 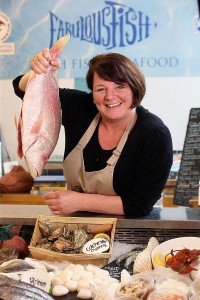 Sarah O’Connor with her fish display at The Fabulous Fish Company.

A woman who gave up a job selling advertisements for the Glasgow Herald newspaper to start her own business in Wales has been described as “a shining example of Welsh fishmongering at its best”.

Sarah O’Connor, who runs The Fabulous Fish Company at Chepstow Garden Centre in Chepstow, has become the first fishmonger in Wales to complete a foundation apprenticeship in Fish and Shellfish Industry Skills.

Desperate for a career change, Sarah woke up one morning in her home city of Glasgow and decided she wanted to become a fishmonger. She immediately set about trying to find out how to make her dream become a reality. Read more … 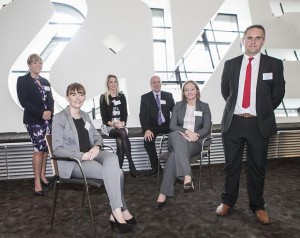 Two of Wales’ reputable businesses are celebrating the success of six Principality Building Society Apprentices achieving the Higher Apprenticeship in Banking – Level 4; a first in the UK.

The diploma was undertaken over 18 months by six Principality managers who were nominated by senior managers and the building society’s HR division.

It enabled students to explain key legislative, regulatory and risk factors applicable to retail financial services and understand the implications and operational implementation of retail banking.

The qualification, which is accredited by the Institute of Financial Services, was undertaken by Andrew McGill, from Blackwood, Ceri Thomas, from Caerphilly, Laura Palmer, from Hereford, Carrie Ann Morris, from Oswestry, and Maria Vidler and Andrew Gay, both from Cardiff.

In recognition of their success, all apprentices were congratulated by Julie James, Deputy Minister for Skills and Technology and AM for Swansea West, at a celebratory event at the Wales Millennium Centre.

Julie James said: “The success of these learners is truly a testament to the hard work of all involved from Acorn and Principality Building Society. These two Welsh companies have worked together to be the first in the UK to achieve this Level 4 Higher Apprenticeship. This is great news for Wales and really establishes that Apprenticeships have a significant place within the financial industry.”

Helena Williams, Acorn’s corporate development director, said: “We are delighted with the success of our banking apprentices.

“Everyone worked extremely hard to design a delivery model around these national standards, and to ensure it was relevant and beneficial for all involved.

“The apprentices gave their all to ensure they completed the qualification, and the support from senior managers and directors was truly outstanding. The level of commitment that the building society showed to develop their people using apprenticeships is innovative, and one of the main reasons why we’re the first in the UK to achieve this success.”

Dates for your diary

For more information on all forthcoming events in Wales, please visit the following website:
http://www.visitwales.com/things-to-do/whats-on