Two Newport men have been nominated for prestigious national awards.

Gareth Carpenter, 24 and Sean Parsons, 26, are two of 36 finalists in 13 categories of the Apprenticeship Awards Cymru 2013, organised jointly by the Welsh Government and the National Training Federation for Wales (NTfW).

Gareth, who has turned around his employer’s business, is shortlisted for the Jobs Growth Wales Outstanding Achiever of the Year award, while Sean, who left school at 14 with no qualifications, is competing for the Employability – Steps to Employment Learner of the Year award. 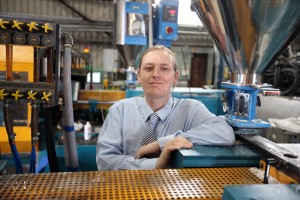 Gareth Carpenter, first point of contact for IT advice.

Gareth joined Knight Fire and Security Products in Cardiff through Jobs Growth Wales, supported by ACT Training. Starting as an office administrator, his role has developed because of his excellent skills and he is now the first point of contact for IT advice.

“After leaving school at 18 with poor A-level results, I had a few different jobs but nothing really worked out and I was frustrated with the lack of opportunities,” said Gareth, who is now supported by the Young Recruits Programme.

“When I joined the company, I started to look at making improvements to the IT systems and these are now really benefiting the business, making things simpler and saving money and time.” 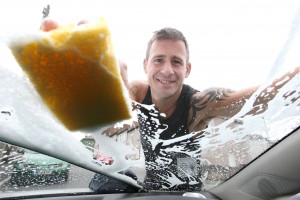 Sean was barely able to write when he left school but now holds a BTEC in Business as well as qualifications in ICT, communications and food hygiene. He joined the Steps to Employment programme with MVRRS, after being unemployed for six months.

He said the course has changed his life: “I have learned so much. I have changed as a person thanks to the support I had through what was a very tough time for me personally and I’m much more positive and confident.”

His ambition is to run his own business and he has attended extra courses with Business in Commerce to help him towards this goal. “I really want to get a job that uses the new skills I have gained, but my dream in the long term is to start up and run my own business,” he added.