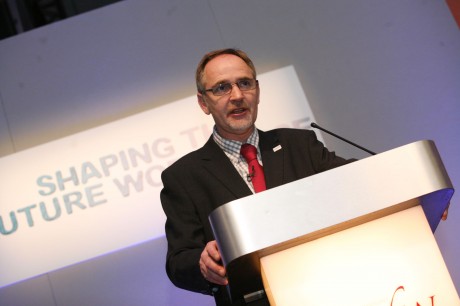 On the run up to the National Training Federation for Wales’ annual conference at the Celtic Manor Resort on October 18, chief executive Arwyn Watkins speaks about a contentious issue dominating the thoughts of work-based learning providers.

Many readers will be aware that the Education (Wales) Bill is currently working its way through the National Assembly for Wales with the intention of being in place by 2015. We believe work-based learning providers should have a major say in this new legislation, which has big implications for the future of the education and training workforce in Wales.

The Welsh Government has expressed a desire to achieve parity of esteem between academic and vocational learning routes going forward, which was also a theme in the Review of Qualifications 14-19 in Wales. Yet work-based learning is not named as a sector in this Bill, which is huge wasted opportunity to hammer home that parity of esteem message. To say we are disappointed would be a gross understatement.

Key legislation in the Bill relates to the creation of an Education Workforce Council – replacing the General Teaching Council Wales – to register and regulate teachers and the wider workforce. Another area of interest is post-16 assessment of educational and training needs and specialist further education.

Parity of esteem has remained the Holy Grail for the Federation since it was formed. Whereas work-based learning was nobody’s business 12 years ago, it is now everybody’s business and, to use the Swansea City and Cardiff City analogy, we are now in the premier league. The level of success that work-based learning providers have delivered has certainly contributed to the promotion of the NTfW to the higher echelons of policy and debate on education and skills.

The challenge for us as providers, just like Swansea and Cardiff, is to maintain our place in the premier league and all the evidence demonstrates that we are up for it. We have proven that we have the skills and expertise to turn a policy statement into a deliverable solution and we have a professional workforce built on a genuine commitment to the highest standards and continual professional development.

The Federation has actively invested time and effort in consulting members about professionalising the workforce and even ran a workshop at last year’s annual conference, which received overwhelming support.

What sort of message, therefore, is the Welsh Government’s snub of work-based learning in the drafting of the Bill sending out? I was heartened to read responses by Estyn and ColegauCymru to the scrutiny of the Bill. Estyn states: “All learners and parents need to have confidence in a highly skilled and well regulated workforce. The proposed functions for the Education Workforce Council would enable them to promote high standards of professional conduct and analyse data related to workforce planning and contribute to CPD.

“We welcome the future council’s involvement in these areas across a wide range of professionals, notably in the further education sector, with the potential for widening the range beyond that to include workers in work-based learning and the youth service. The introduction of this legislation should contribute to improving standards of professional conduct among the education workforce. The registration of full-time staff in further education institutions would give parity of esteem with academic staff in schools and help to achieve equity for staff from all sectors who work in the 14-19 phase.”

And so say all of us! The NTfW says this needs to happen now for our professional workforce. In the future is too late and will continue to have a negative impact on parity of esteem.

The Federation has contributed written evidence to the Children and Young People Committee, which is scrutinising the Bill and we hope to be invited to give verbal evidence. In our response we simply expressed our disappointment and highlighted the missed opportunity for Wales and its aspirations on skills.

Work-based learning needs to be on the face of this bill and not an afterthought following the establishment of the Education Workforce Council. We will continue to press on this very important matter as the Bill goes through its scrutiny phase up until November 20.