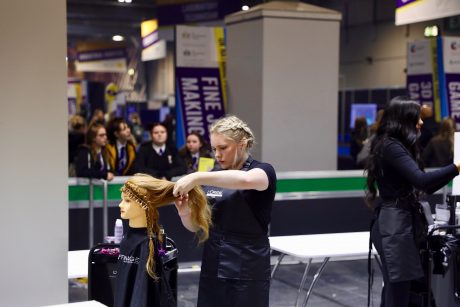 Team Wales won a total of 14 gold, 15 silver, 17 bronze and nine highly commended medals at the three-day event which took place between 21st and 23rd November at Birmingham’s NEC.

Of these, 15 were won by learners in the Inclusive Skills Competitions.

Four Welsh college were also named in the top 10 organisations in the UK, these were Coleg Cambria, Pembrokeshire College, Gower College Swansea and Coleg Gwent.

Welsh competitor, Thomas Lewis, was also awarded The Douglas Hill award for his team spirit and resilience during the competition and training, after being nominated by his fellow competitors.

WorldSkills UK Live, formerly known as The Skills Show, is the UK’s largest skills, apprenticeships and careers event designed to celebrate the achievements of young people across a variety of vocational skills.

More than 500 competitors from across the UK competed for the chance to be named the best in their skill and represent Team UK at the WorldSkills finals in Shanghai in 2021.

Some of the areas the Welsh competitors competed in ranged from aeronautical engineering and 3D digital game art to culinary arts and horticulture. 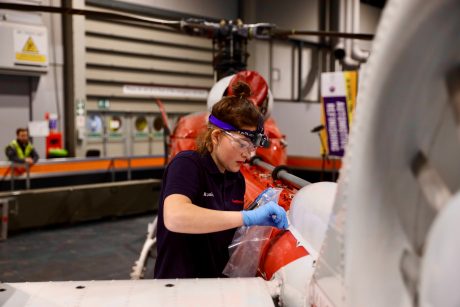 This year, new categories were being trialled at the competition including; building information management, electronic security systems, accounting technician and industrial robotics.

The theme for this year’s WorldSkills UK Live was the work and wellbeing of young people. To support this, the Million Minds tour, which aims to help young people be open about mental health, attended the event.

“The competition was fierce and the standards very high. All of the competitors’ hard work and dedication has been rewarded and we at WorldSkills UK salute you.

Reflecting on Team Wales’ success, Minister for Economy and Transport Ken Skates said: “Having an amazing 55 Welsh competitors achieve medals at WorldSkills UK Live is the best results Wales has achieved at this event.

“WorldSkills competitions raise awareness of the power of skills to transform lives, economies, and society, and to make it to a UK national level in the competition is a huge achievement for these young people.

“They have demonstrated the importance of vocational education, whilst building character, confidence, commitment, and self-esteem. I would like to offer my congratulations to all the Welsh competitors who competed at WorldSkills UK Live and I wish them all the very best of luck in their future careers.”

WorldSkills is supported by the Welsh Government and the European Social Fund, to promote the importance of a highly skilled workforce for the future.