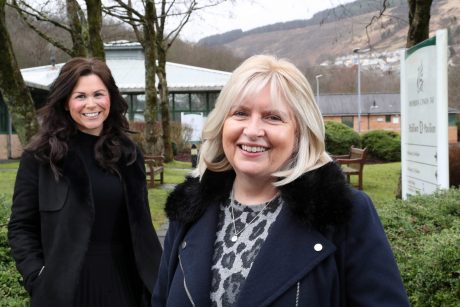 A South Wales local authority was a winner at the prestigious Apprenticeship Awards Cymru 2021 after impressing judges with its Apprenticeship Programme launched nine years ago.

Rhondda Cynon Taf Council, which has achieved an apprenticeship completion rate of 94%, was named Macro Employer of the Year at the virtual awards ceremony on June 17. It is the second time in four years that the council has won this award.

Despite the challenges caused by a global pandemic and Storm Dennis, which affected 1,500 homes and businesses across the region, the council’s Apprenticeship Programme has continued to thrive.

The council’s 80 apprentices were set up to work from home with laptops, desks, chairs and other equipment while virtual learning and extensions to courses and deadlines were implemented by training providers.

In response to Storm Dennis, which damaged highways, bridges and town centres across the region, the council recruited an additional four civil engineering apprentices, including one working specifically on flood risk management.

Responding to the award, Sian Woolson, RCT Council’s education, employment and training manager, said: “It’s great to be recognised as a local authority delivering an excellent apprenticeship programme, especially with all the challenges over the last 18 months.

“We have overcome these challenges by adapting to different ways of working. Apprentices are a key part of our corporate plan as they are our future workforce and help to fill the skills gaps that we have.”

Over the past year, apprentice versatility has been key. Apprentices have been redeployed to support essential community services, have worked with the NHS on coronavirus shielding data and have distributed food parcels. Almost eight out of 10 apprentices have secured jobs with the council on completion of their apprenticeship.

Helena Williams, director of Cardiff-based training provider ALS Training, added: “RCT Council offers opportunities to applicants from all backgrounds and ability levels to learn and develop via an apprenticeship in a dynamic and future-focused organisation.”

Congratulating RCT Council, Minister for the Economy, Vaughan Gething, said: “Our award winners have excelled via the Welsh Government’s Apprenticeship and Traineeship programmes and gone the extra mile to achieve success during unprecedented and extremely challenging times.